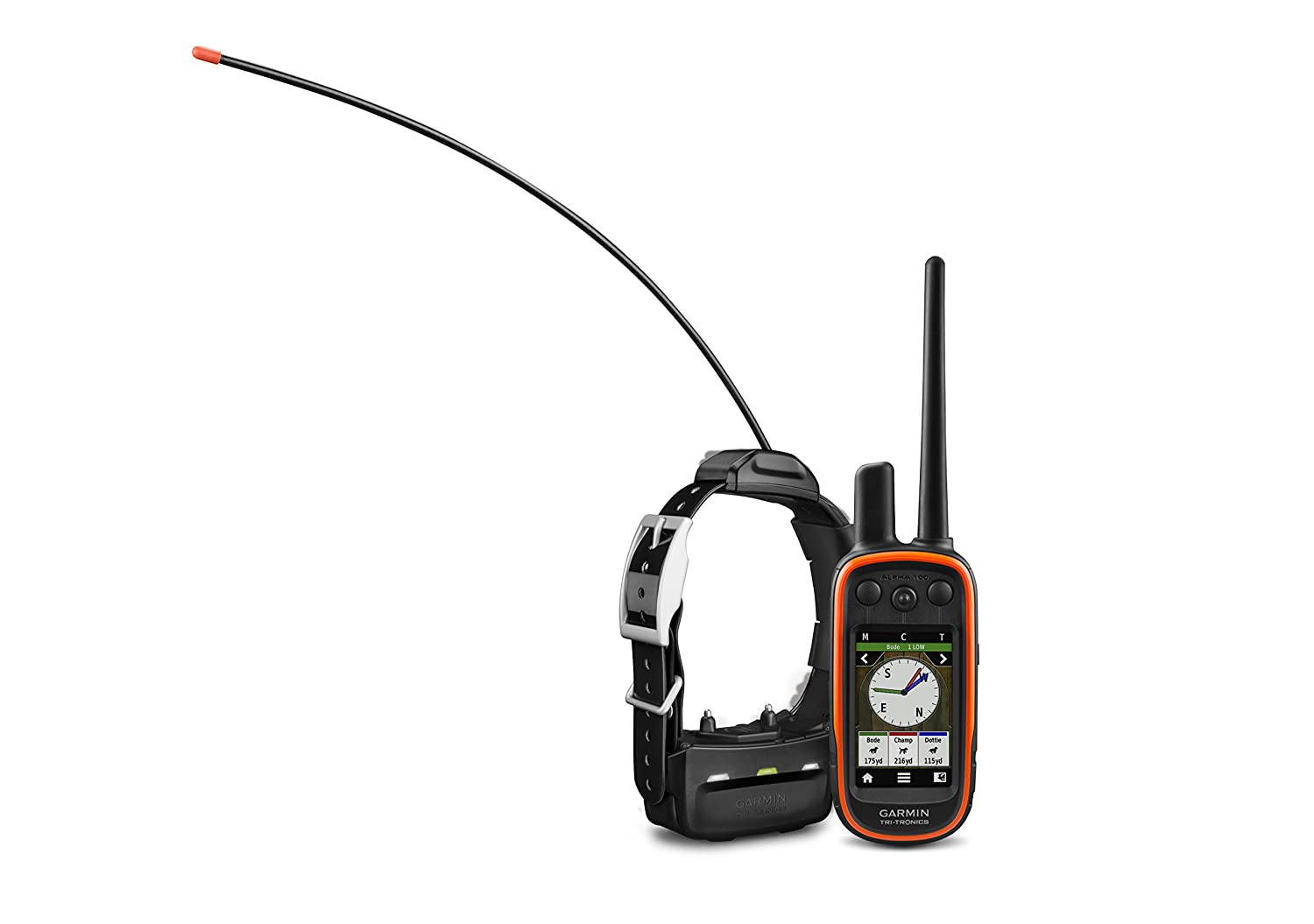 Garmin Alpha 100 TT 15 Dog GPS BundleThe Garmin Alpha 100 is a little nifty device and is a must have for sporting dog owners, or anyone who enjoys being outdoors with their pet.

The packaging comes with all that you’ll need to operate the device optimally. There’s the Alpha 100 handheld, a rechargeable Lithium-ion pack, a split adapter cable, an extended range antenna, an AC adapter; and Garmin was thoughtful enough to add things like a belt clip, a vehicle power cable and a USB cable.

Talk about a sweet deal. And they get extra brownie points for packaging all this in a nicely designed cordura Tri-Tronics training bag.

If you’re familiar with the previous Astro 100 from Garmin, then it’s best to let you know now that this device is way different. In a good way of course.

Although they’re the same size, the Alpha 100 has a touch screen interface instead of buttons, but don’t despair, the touch screen is glove friendly, so you won’t have to freeze your fingers off while tracking your dogs in the winter.

It also comes with a TT10 GPS e-collar which is slightly bulkier. Great thing is that you’ll never be without power thanks to the split adapter cable, that allows you to charge both the Alpha 100 device and the collar at the same time. The user’s manual is pretty extensive and really easy to understand. Setup is even easier, no complaints there. All you have to do is switch it on, and you’re good to go for the next 20 hours before it needs to get recharged. The Alpha 100 comes with built in superior GPS tracking and it’s preloaded with the top 100 maps from around all 50 States.

With the Garmin Alpha 100, you’re guaranteed to never lose your dog during a hike, or have your buddy hunt the wrong game. You’ll always know where your dog is even if they’re not in your line of sight. Through its high-tech GPS, the device is able to flawlessly track up to 20 dogs and buddies within a 4 to 9 mile radius without a hitch.

Of course you’d have to get separate collars for that, but for the peace of mind this things gives you it’s well worth the extra bucks. Other than being able to see where the dogs were going, we found one of the tracking features to be especially cool, and that’s the ability to track our buddies’ speed and the distance that they ran that day.

There’s also a BirdsEye Satellite Imagery function which is synchronised to the collars, and allows you to totally view the terrain being travelled by the dogs when they’re far away.

The device comes with 18 easy to use training buttons that pop-up on the touch screen interface, designed to help you make sure that your buddies are not hunting unwanted game. And you can choose to lock-in or lock-out this feature, to avoid any accidental stimulation. The customised stimulation feature is great for switching between traditional and linear stimulation, which makes for flexible and effective training. Although the Alpha 100 already has an impressive battery life, you can extend it further by activating ‘Rescue Mode’ which minimises updates for maximum power efficiency.

How Did Other Reviewers Find It?

A quick search on Amazon and you’ll find that most buyers were quite impressed by this device. Stand out features include the ability to track dogs for longer distances, precise and accurate mapping system, a loud collar beep that’s audible even to older dogs, and the diverse stimulation settings make training super easy.

Trainers especially loved it because it allows them to train and track multiple dogs at the same time. There were a few complaints about the unit having way too many features, which makes it really complicated for some. Another complaint was that users had to constantly reprogram the device during and after charging, which was quite tedious.Read the reviews on Amazon

Do We Think It’s a Worthy Investment?

Yes, definitely! The Garmin Alpha 100 is one of the most innovative dog tracking devices, mainly because the engineering genius behind it was able to flawlessly combine training and tracking efficiency into the device without compromising on the effectiveness of either function. Like any piece of technology, there’s always room for improvement, but overall, this is worthy buy, and you really get what you pay for. It makes hiking and hunting with dogs really easy, even if you’re not a pro at it. 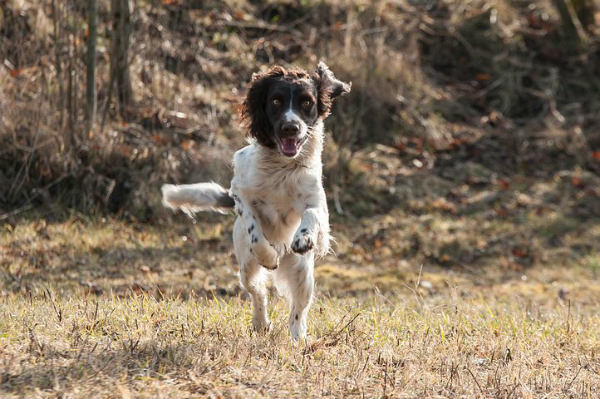 What We Didn’t Dig As Much

Well, apart from a few hiccups here and there, working with the Garmin Alpha 100 can be a real treat. It presents superior GPS tracking capabilities that enable you to track your dogs over long distances, while being able to correct and communicate with them at the same time.

Particularly impressive is the Birdeye Satellite Imagery option which gives you a truly real view of your dog’s surroundings, the terrain, the road, and it’s relative distance to you on the map. There is no better device enabled software on the market to rival this feature.

The battery life Rescue Mode feature, which is available on both the device and collar, is equally impressive, allowing you to extend battery life for up to 12 ours. That’s 12 extra hours to search for your dogs in critical situations.

Plus, you can set a parameter for your hunting or hiking expedition beforehand with the BaseCamp feature, which allows you to enjoy customised trip and share them with friends through the Garmin Adventure app.

The shock delivered by the vibration stimulation option is subtle but adequate enough for your dog to perceive it without getting a heart attack and I especially appreciated the kindness and thoughtfulness of that feature.

Of course, like any other piece of technology there will be some malfunctions and room for improvement here and there, but overall, this is a great offering from Garmin. It is a bit on the expensive side, but well worth the money you spend for it because you get what you pay for at the end of the day. We hope you enjoyed our Garmin Alpha 100 Review – let us know in the comments if you’ve tried one!Read the reviews on Amazon

1 thought on “The Garmin Alpha 100 Review And Rated By Our Experts. Here’S What You Need To Know”